GST to bring down footwear prices in India

GST to bring down footwear prices

Over the years, multiple taxes from excise duty, CST, State VAT, octroi, other local body taxes, along with misguided rates of abatement, had made footwear un-competitive.

New Delhi: The government has announced GST rate of 5% for footwear below Rs 500 and 18% for other. The new rate structure has invited praise and appreciation from across the industry, from manufacturers to retailers and distributors as well from both domestic and foreign brands.

Over the years, multiple taxes from excise duty, CST, State VAT, octroi, other local body taxes, along with misguided rates of abate 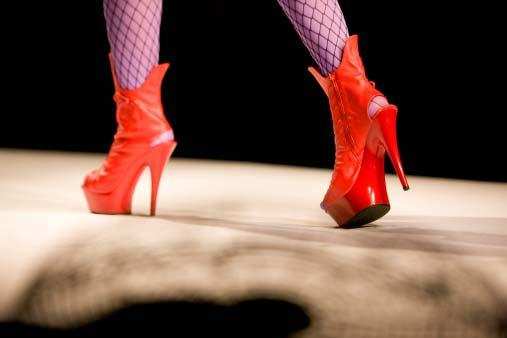 ment, had made footwearuncompetitive. High taxes had restricted the growth of the footwear consumption. The new GST rates and structure, has simplified the tax structure.

All types of footwear (leather & non-leather) will now have the same tax incidence. The reduction in applicable tax, would allow the entire industry to become more competitive. Consumer retail prices will come down, encouraging growth in category sales.

The GST rates represent a substantial savings in taxes compared to the earlier plethora of multiple taxes levied on footwear. Industry analysts suggest a reduction of around 4-7% in total taxes for almost all categories in footwear, with the maximum benefit being in non-leather footwear.

“We are happy that the tax rates for footwear have been reduced to a considerate level, which will benefit the consumer. In our discussions with all our partners including manufacturers, we have found that everyone is satisfied with the proposal and are now eager to invest further in growing the footwear industry in India. GST all in all will be positive for the sector with current process also getting smoothen,” said Rahul Vira, CEO, Skechers South Asia.

Rafique Malik, of Metro Shoes, has welcomed the GST as proposed by the government. While the direct incidence of taxation has reduced, we are currently doing the detailing of the changes applicable to our product mix. Malik welcomed the simplification of the applicable tax structure as against the current definition under excise.

Adidas welcomed the GST proposal on footwear and apparel. “GST will bring in a new era of ease of doing business in India,” said Dave Thomas, managing director, Adidas Group.

“We are thankful to the government for the brining in the optimum rates for the footwear sector. This simplifies the tax structure and promotes ease of doing business. It will help us source more from India,” said Sanjay Pandey, country head, Clarks.

This site uses Akismet to reduce spam. Learn how your comment data is processed.

Designed with by Website Developer Pune - (A Marttalk Company)